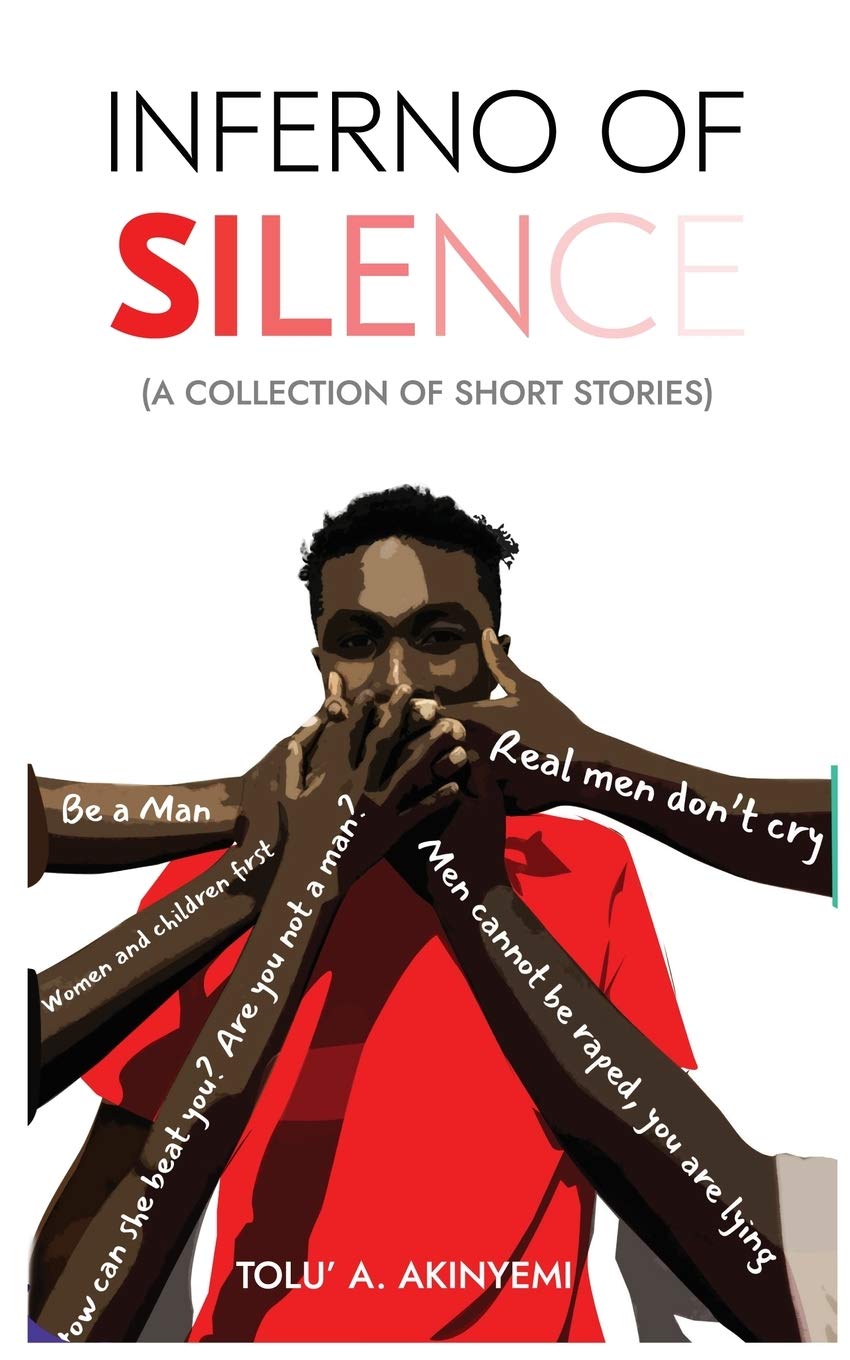 The first collection of short stories by this multitalented author entwines everyday events that are articulated in excellent storytelling. The title story "Inferno of Silence" portrays men's societal challenges and the unspoken truths and burdens that men bear. While "Black lives Matter" shows the firsthand trauma of a man facing racism as a footballer plying his trade in Europe.Stories range from "Return Journey" where we encounter a techpreneur/ Poet/Serial Womanizer confronting consequences of his past actions to "Blinded by Silence" where a couple united by love must face a political upheaval changing their fortune. Completed with stories of relationships: "Trouble in Umudike" - family wealth and marriage, "Everybody don Kolomental" where the main character deals with mental health issues, and "In the Trap of Seers" when one's life is on auto-reverse and with the death of her confidante, her mother as she takes us through her ordeal and journey to redemption. This is a broad and very inclusive collection.

Excerpt from the Story “Inferno of Silence”

Kunle dropped his bag on the dining table. The

table was starting to creak from all the unplanned

baggage it silently bore. He enjoyed taking the

ferry a few minutes from his office. Not only did it

afford him a few minutes of silence before his wife

got home, he also enjoyed the view from the boat.

He especially liked watching in the far distance,

the ships berthing at Apapa ports, swaying on the

waves of the sea.

He liked to think that he bore the weight of his

problems on his shoulder like the ports bore the

weight of the ships. But he was not the sea, he did

not bear the load on his shoulder so gracefully. He

was a man, a man whose wife invoked unfamiliar

emotions within him. He had tried to discuss this

with his father. Once. His father had waved away

his concerns, in the process his hands waving away

the smoke from his tobacco towards the east. “All

women are crazy,” he had said, “you just have to

know how to handle them.”

Handle not like a mother ‘handled’ a child, but more

danfo driver or how some women ‘handled’ the

devil they believed possessed a slow housemaid. He

did not like this type of handling; in fact it repulsed

him. He had watched his father punch his mother

into submission and he had vowed never to be that

man; and now that his father was emphasising it,

he blamed himself for seeking marital advice from

a man he detested in the first instance. 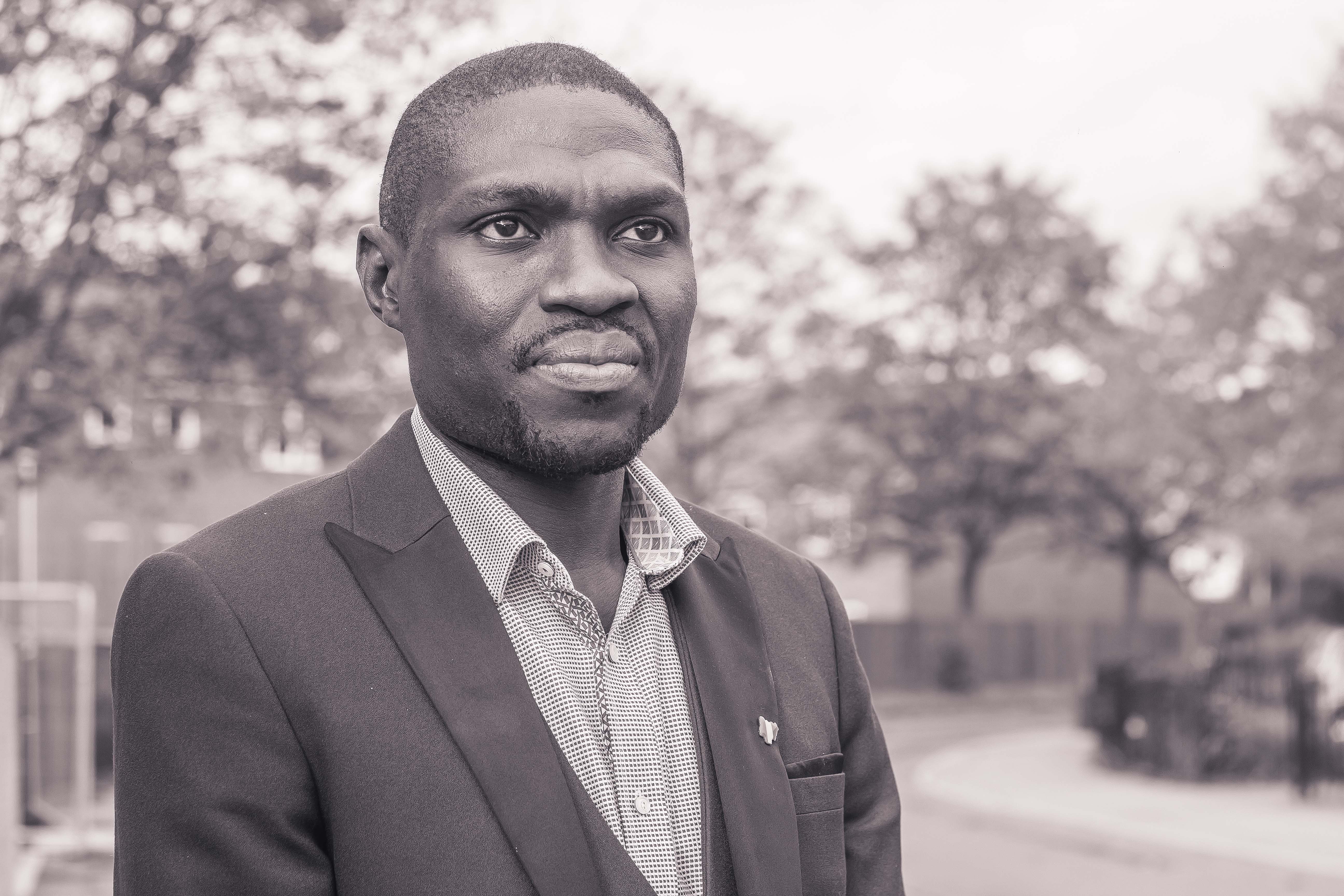 Tolu’ A. Akinyemi hails from Nigeria and lives in the UK where he has been endorsed by the Arts Council England as a writer with “exceptional talent”. Tolu is the author of seven outstanding books, one of which is a collection of ‘short essays’ encouraging you to “Unravel Your Hidden Gems”. The five other books form the basis of his poetry collection, ripe for future growth, and which includes Dead Lions Don’t Roar, Dead Dogs Don’t Bark, Dead Cats Don’t Meow, Never Play Games with the Devil and his latest release, A Booktiful Love. He has also authored a widely acclaimed stellar collection of Short stories titled “Inferno of Silence”.

A former headline act at Great Northern Slam, Crossing The Tyne Festival, Feltonbury Arts and Music Festival, and featured in various Poetry Festivals, Open Slam, Poetry Slam, Spoken Word and Open Mic events in and outside the United Kingdom. His poems have been published in The Writers Cafe Magazine Issue 18 and 57th issue (Volume 15, no 1) of the Wilderness House Literary Review and many other literary outlets.

His books are based on a deep reality and often reflect relationships, life and features people he has met in his journey as a writer. His books have instilled many people to improve their performance and/or their circumstances. Tolu’ has taken his poetry to the stage, performing his written word at many events. Through his writing and these performances, he supports business leaders, other aspiring authors and people of all ages interested in reading and writing. Sales of the books have allowed Tolu’ donate to charity, allowing him to make a difference where he feels important, showing that he lives by the words he puts to page.