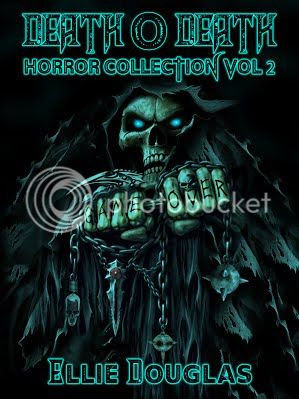 A collection of ten horror short stories, everything from the macabre to the down right disgusting.

Why aren’t you scared

Don’t look under the bed

Point of no return

Each of the stories are unique and filled with terrifying, gruesome tales that are sure to rise your blood pressure. Lovers of monsters, the unexplained, serial killing maniacs and much more. Sink your teeth in and be in for a treat this Halloween.

One of Many
“Are you sure you don’t want me to give you a lift home?” Mandy asked Rebecca
while fumbling for her car keys.
“That bottomless purse of yours will be the death of you one day. And yes, I’m sure. I only live a few blocks down the damn road. I can walk it. I want to walk it,” Rebecca cooed softly.
“Okay, I’ll see you at school tomorrow.”
“Don’t remind me, there is nothing more exciting than university.”
“Your sarcasm is on fire tonight.’ Mandy said, as she waved her car keys in the air in a show of a ‘triumphant, I-found-them way.
“See ya, Becs.” Mandy slipped into the seat of her car.
Rebecca waved goodbye. The night was unusually busy with more cars as she travelled down the partially lit street. Her mind was fixated on Ryker. His milky white skin accented by his dark blonde hair. His pearl shaped pale blue eyes and rosy lips. She felt a pang in her stomach as she reminisced a chorus of erotic interludes. She couldn’t believe they’d only been on eight dates. She was hooked from the very moment she set eyes on him. A smile grew on her tiny face, and her eyes lit up when a blue commodore pulled alongside her.
Ryker called out from the driver’s window. “Get in babe.”
Rebecca eagerly crawled into the passenger side, leaned over and planted a kiss on
Ryker’s cheek.
“I didn’t think you were gonna get away from Mandy. Happy to see you did.” “You were watching?”
“No, Mandy wasn’t with you, so I put two and two together.”
“Oh, well she almost was. She kept on insisting on driving me home. I had to do a bit of persuading, but I always win.” She placed her hand on his thigh. “You should know that about me, Smartass!”
Ryker smiled, as he shifted in his seat and pulled the car out. His eyes left the road to steal a glance at Rebecca. He instantly smiled. Her skirt had slightly risen above her knees exposing her tanned and well-toned thighs. Ryker licked his lips and turned his eyes back toward the road.
“Where are we going tonight?” “It’s a surprise.”
“Come on! I hate surprises.” Rebecca gruffed as she gently pinched Ryker’s thigh.
He gave off a slight moan that caused Rebecca to squirm.
“You’ll love this surprise.”
“Why are you groaning?” She asked while squeezing his thigh a little higher. “I’m not groaning. I’m excited.”
“About what?” She tried her best to act dumb.
Ryker let his eyes meet her dark brown orbs. He searched Rebecca’s face.. She was trying to stifle laughter. With a forced breath it sounded like a pig’s snort. She was such a tease. Ryker quickly glanced back toward the road and laughed at her effort to contain her amusement at his expense.
“You love playing the dumb-chick don’t you?”
“Yes… yes I do. Especially with you. I know it makes you wonder if I’m serious or not. I find it amusing. It makes me giggle. .”
“You won’t be giggling for much longer!” He said while removing her hand almost roughly off of his thigh. He gave her a quick look, enough to see her fold her hands across her lap and pout.
“You really don’t play the cold and cynical type well. I know better.”
Ryker didn’t answer, instead he concentrated on the road ahead. He didn’t have to look at his prize to know she still sat securely in the seat beside him. He attempted small talk with his trophy, but his mind was fixated on the event he had planned. The small talk did as he intended however, giving the illusion time. He checked the rearview mirror, and with no cars in sight he turned into a dirt driveway. He had already ensured long ago that there were no CCTV camera’s in the area leading up to the road. There were no street lights and the driveway was lined with a white twelve-foot concrete wall that acted like a giant fortress.
Rebecca cast her eyes on the digital clock on the dash and compared it to her gold wrist watch.
“What the hell, we’ve been on the road for an hour?” She shook her head. “It sure
didn’t feel like that long. Where on earth are you taking me?”
Rebecca looked out the window to her right and could only see the concrete wall. She looked ahead as the headlights from the car shone the way. She couldn’t see anything until before her appeared an abandoned old mansion.

Born and raised in New Zealand, a mother and wife who donates what spare time she has into volunteer work with Autistic children.

Ellie Douglas is addicted to horror, everything about it she loves. She enjoys creating strong characters that rise to the top from ordinary lives.

Ellie is creative in all aspects with several adult coloring books and an online casino slot game under her belt. She is constantly striving to do more. Ellie also makes professional book covers for authors and has helped people with making them a websites, banners, and logos.

Ellie’s ultimate aim is to give back, paying it forward and to constantly better herself. To give the audience amazing entertaining stories that she herself would read.

She would love to scare you…